They Call Her Mom

Home
This Week
They Call Her Mom 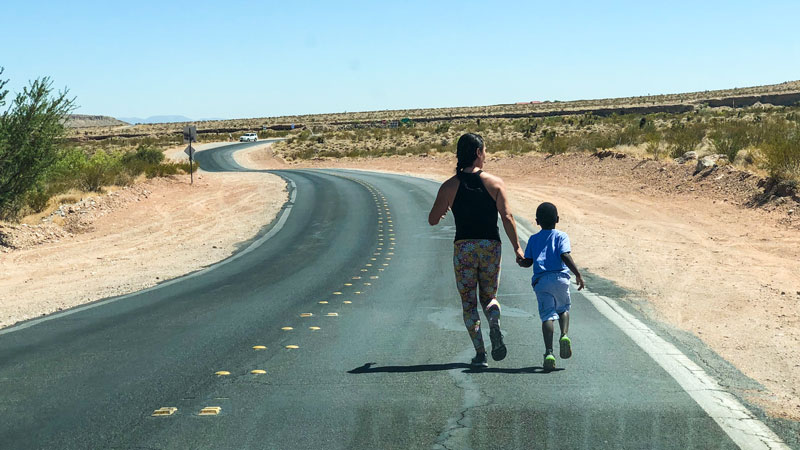 She wanted to go for a run.
He cried because he wanted to run with her.
So I pulled over, let him out, and they ran together.

Two of our children are legally ours now, and two are not. But try explaining to any of the children that she is not their mother. They will laugh and walk away. Ana never demanded they call her mom, she earned that title and they gave it to her, so you can’t convince them otherwise. They don’t know about family law or court or how adults figure things out. What they do know is that for as long as they can remember, she feeds them, dresses them, teaches them school, does art with them, plays with them, takes them to the park, consoles them, and whenever the wheels fall off their cart, it’s mommy they ask for when they cry. She puts them to bed, prays over them each night, gets them up in the morning, and if they are having a rough night, she stays up without sleep, so they aren’t alone. She loves on them constantly, tells them what great kids they are and praises their choices when they do the right thing.

So when she got out to run, they were all very concerned. I was able to console the rest, but Kwamane took it the hardest. He wanted to run with her, at her side, holding her hand. She has been the center of his world for almost four years now.

He doesn’t know any other way.

She needed the time alone, badly, and exercise was the best medicine, but she didn’t hesitate when he wanted to come with her.

And that is the heart of Ana Tigre, the wife, mother, daughter and friend.

We Found Out What Makes Us Happy

Those wings didn’t stand a chance once Emma got

What a week. Sleep was in short bursts, work was a

I wrote a story on livingblessed.tv about time wit