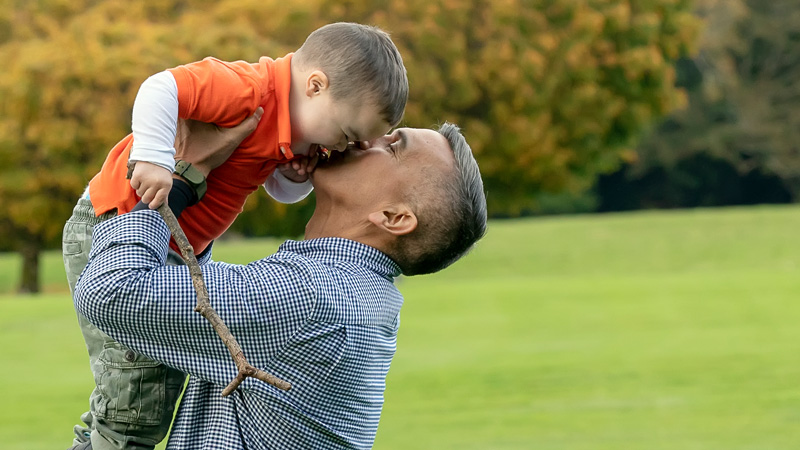 Rick DeLauter has dedicated the past 43 years of his life to serving his country, the United States Of America.  His grandfather served in World War 1.  His father and uncles served in World War II.  And his oldest son, like him, also served in the military.  After 22 years in the Army, Rick retired at the rank of Lieutenant Colonel and has continued serving in other roles related to the military to this day.  He is a guy that does that high-speed classified work throughout the world that is necessary to keep our country and interests safe and free.  I think he is a hero and a man that all good men can learn from and pattern themselves behind.

At sixty-five years of age, he is the father of five-year-old Benjamin, who has Down Syndrome.  His perspective on being a dad and Benjamin’s dad challenge me to be better with my own children.  He is a Christian and a man that comes from a mixed-race and mixed-culture home and sees nothing but the positives of that experience.

I had intentions of this podcast being a 30-minute show.  I should have known better.  We cut it short at an hour, and it was one of the fastest moving hours of my life.  I could listen to Rick for days.  He has formed his opinions based on his own experiences gleaned from a lifetime spent dealing with realities around the globe that most of us could never even imagine.  He is a man I respect, and it was an honor to have him on the show.

They Call Her Mom