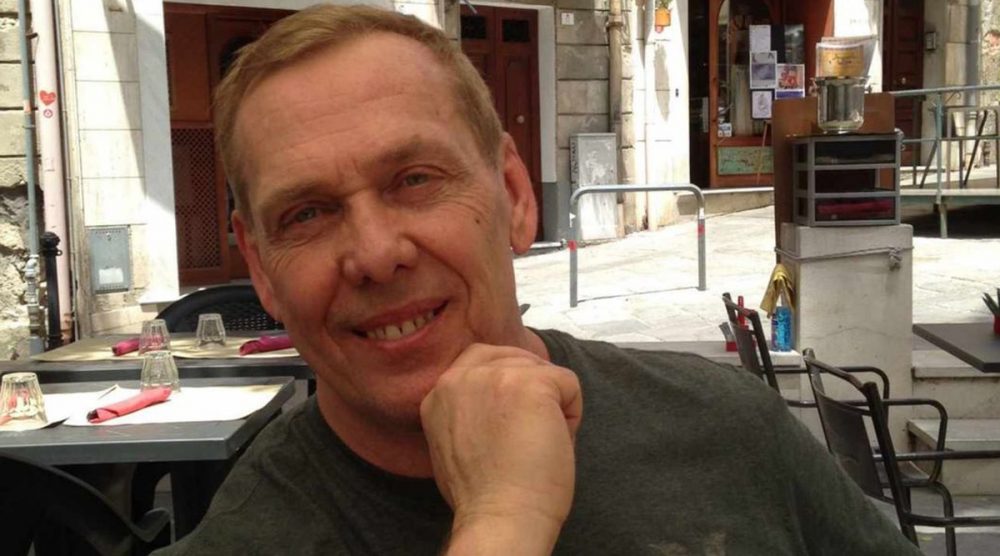 Since the day I got the call from his son, the one he named after me, I have been thinking about the last few seconds of his life. He was sitting in his vehicle, the muzzle of the gun pressed against his flesh, and somewhere deep inside, he found the resolve to put enough pressure on the trigger to end his life. He was considerate to let the Police know, and his affairs were in order. It was planned and well-thought out like most things he did.

It’s been a month now, and I have finally reached the point where I can write about it. For me, it’s so much easier than talking. No one can hear the tremor in my voice or see the tears welling up and make it about me. It’s not about me, it’s about him and I want to honor him with a few words.

My Grandparents raised me for the first couple of years, and Granny’s house has been home to me since. I last saw Lorne when she passed away and we picked up right where we had left off years before. He and I grew up together, two farm kids riding the tractor with Grandpa, shooting gophers and learning how to milk cows and slop hogs at the neighbors farm a mile away. We ran down hills laughing so hard I peed my pants. We built model cars, played GI Joe, watched westerns at the Falcon Theatre on Saturdays, and chewed tobacco, got sick, and puked. We ached to kiss the Lustig sisters from across the street and watched Hockey Night in Canada and Stampede Wrestling together. We shoveled grain, pitched bails, and after Grandpa died in 1976, we worked the farm despite being teenagers and not having a clue about what we were doing.

He was my hero, so big and strong and better than me at everything. And yet, at night, when my legs would ache from growing pains, he would massage them until I fell asleep. He did mean stuff big brothers do, but he was there for me always, and he loved me, and I never had cause to doubt it.

God blessed him with incredible talent as an artist and a carpenter, and he cared deeply for those who needed it most. He loved animals and was building a small hobby farm close to where we grew up so he could raise some cattle and have the solitude he enjoyed as much as I do.

It’s odd because so much has changed over the years, but I still see him the same way at sixty-two as I did when I was a kid. I wish we would have remained closer rather than letting life get so busy that the years passed us by. I miss him and wish I could have said something that would have changed his mind. But the opportunity is gone, and I will never know if it could have made a difference. I know what a counselor would say, but I still wonder. What we had between us was that special. Or perhaps I hope it was and that it would have still been enough to change his mind.

I know God will give me peace in time but for now, I don’t want to be ok with him being gone. I want to mourn his death. We have both earned that.

I miss you Lorne. And I am sorry.

Off To Boot Camp