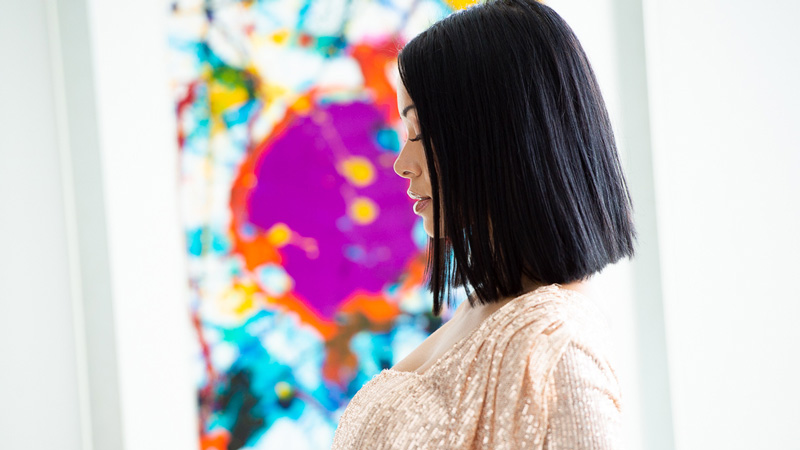 Photography has changed how I see the world and, more specifically, the people in it. I work almost exclusively with women, and there was a time before I had a camera stuck to my face when I looked at a woman and saw something to be desired. Now I see features that will interact best with light, shapes, and angles that will make a better picture, and most of all, I look for character and personality to go with the visual.

The irony in what I do is that the character and personality have a great deal more to do with making a truly memorable image than all the window dressing. Yet, most models and would-be models spend the least amount of time developing that aspect in themselves.

And then there is Hoami Vu. She is the cover model on issue one of ModlBody magazine, and there’s a full photo feature to go with her story. We met in Miami at an event, and after talking to her, I asked her if she was interested in shooting, and she was.

We met early one morning at Biscayne Bay, and on the walk from the parking lot to the beach, it became clear that Hoami was one in a million. She is beautiful, sensuous, and sexy, but also dignified with a vulnerability and honesty that gently emerged as we walked. When I brought my camera up and shot the first frame, that same honesty and vulnerability were inescapable. The second photo shoot we did was even better.

This image is from our second shoot. Hoami is powerful, strong, and provocative, yet equally true about her is the grace, humility, and gentleness you see in this shot. A product of her hot-blooded Cuban mother and gentle Vietnamese father.

She is a complex and fascinating woman and an incredible model.